The stranger came early in February, one wintry day, through a biting wind and a driving snow, walking from Bramblehurst railway station, and carrying a little black portmanteau in his thickly gloved hand. He was wrapped up from head to foot, and the brim of his soft felt hat hid every inch of his face but the shiny tip of his nose. He walked into the “Coach and Horses” more dead than alive, and flung his portmanteau down. “A fire,” he cried, “in the name of human charity! A room and a fire!” He followed Mrs. Hall into her guest parlour. Then a couple of sovereigns flung upon the table.

Mrs. Hall lit the fire and left him there while she went to prepare him a meal. A guest at Iping in the wintertime was an unheard-of piece of luck, and she was resolved to show herself worthy of her good fortune. She carried the cloth, plates, and glasses into the parlour and began to lay them. Although the fire was burning up briskly, she was surprised to see that her visitor still wore his hat and coat, standing with his back to her and staring out of the window at the falling snow in the yard. He seemed to be lost in thought. She noticed that the melting snow that still sprinkled his shoulders dripped upon her carpet.

“Can I take your hat and coat, sir?” she said, “and give them a good dry in the kitchen?”

“No,” he said without turning.

She was not sure she had heard him, and was about to repeat her question.

He turned his head and looked at her over his shoulder.

“I prefer to keep them on,” he said with emphasis, and she noticed that he wore big blue spectacles, and had a bush side-whisker that completely hid his cheeks and face.

He made no answer, and had turned his face away from her again, and Mrs. Hall laid the rest of the table things and went out of the room. When she returned he was still standing there, like a man of stone, hiding his face and ears completely. She put down the eggs and bacon, and called rather than said to him, “Your lunch is served, sir.”

“Thank you,” he said at the same time, and did not stir until she was closing the door. Then he swung round and approached the table with a certain eager quickness.

As she went behind the bar to the kitchen she heard a sound repeated at regular intervals. Chirk, chirk, chirk, it went, the sound of a spoon being rapidly whisked round a basin.

Then she filled the mustard pot, and carried it into the parlour.

She rapped and entered promptly. As she did so her visitor moved quickly, so that she noticed a white object disappearing behind the table. It seemed he was picking something from the floor. She put down the mustard pot on the table, and then she noticed the overcoat and hat had been taken off and put over a chair in front of the fire. She went to these things resolutely.

“I suppose I may have them to dry now,” she said.

“Leave the hat,” said her visitor, in a muffled voice, and turning she saw he had raised his head and was sitting and looking at her.

For a moment she stood gaping at him, too surprised to speak.

He held a white cloth-it was a serviette he had brought with him-over the lower part of his face, so that his mouth and jaws were completely hidden. But it was not that which startled Mrs. Hall. It was the fact that all his forehead above his blue glasses was covered by a white bandage, and that another covered his ears, leaving not a scrap of his face exposed excepting only his pink, peaked nose. It was bright, pink. He wore a dark-brown velvet jacket with a high, black collar turned up about his neck. The thick black hair gave him the strangest appearance. This muffled and bandaged head was very strange.

He did not remove the serviette, but remained holding it, as she saw now, with a brown gloved hand, and regarding her with his inscrutable blue glasses.

“Leave the hat,” he said, speaking very distinctly through the white cloth.

She placed the hat on the chair again by the fire.

“I didn’t know, sir,” she began, “that-” and she stopped embarrassed.

“Thank you,” he said drily.

“I’ll have them nicely dried, sir, at once,” she said, and carried his clothes out of the room. She glanced at his white-swathed head and blue goggles again as she was going out of the door; but his napkin was still in front of his face. She shivered a little as she closed the door behind her, and her face was eloquent of her surprise and perplexity.

The visitor sat and listened to her retreating feet. He glanced inquiringly at the window before he removed his serviette, and resumed his meal. He walked across the room and pulled the curtain down. This done, he returned to the table and his meal.

“The poor soul has had an accident or an operation or something,” said Mrs. Hall. “And the glasses!”

She hung his muffler on a hanger.

“And holding that handkerchief over his mouth all the time. Talking through it!.. Perhaps his mouth was hurt too-maybe.”

When Mrs. Hall came to the stranger again, her idea that his mouth must also have been cut or disfigured in the accident, was confirmed. He was smoking a pipe, and all the time that she was in the room he never loosened the silk muffler he had wrapped round the lower part of his face to put the mouthpiece to his lips. He sat in the corner and spoke now, having eaten and drunk, with less aggressive brevity than before.

“I have some luggage,” he said, “at Bramblehurst station,” and he asked her how he could have it sent. He bowed his bandaged head. “Tomorrow?” he said. “There is no speedier delivery?” and seemed quite disappointed when she answered, “No.”

“Will you get me some matches?” said the visitor. “My pipe is out.”

Mrs. Hall gasped at him for a moment and went for the matches.

“Thanks,” he said concisely, as she put them down, and turned his shoulder upon her and stared out of the window again.

The visitor remained in the parlour until four o’clock. The most part he was quite still during that time; it would seem he sat in the growing darkness smoking in the firelight-perhaps dozing.

But he was audible pacing the room. He seemed to be talking to himself. Then the armchair creaked as he sat down again.


At four o’clock, Teddy Henfrey, the clock-jobber, came into the bar.

“Oh, Mrs. Hall,” said he, “this is terrible weather for thin boots!”

The snow outside was falling faster.

Mrs. Hall agreed, and then noticed he had his bag with him.

“Now you’re here, Mr. Henfrey,” said she, “I’d be glad if you have a look at the old clock in the parlour.”

And leading the way, she went across to the parlour door and rapped and entered.

Her visitor, she saw as she opened the door, was seated in the armchair before the fire, with his bandaged head drooping on one side. The only light in the room was the red glow from the fire-which lit his eyes like adverse railway signals, but left his face in darkness. She had lit the bar lamp, and her eyes were dazzled. But for a second it seemed to her that the man she looked at had an enormous mouth wide open-a vast and incredible mouth. It was the sensation of a moment: the white-bound head, the monstrous eyes, and this huge mouth below it. Then he stirred, started up in his chair. She opened the door wide, so that the room was lighter, and she saw him more clearly. The shadows, she thought, had tricked her.

“Would you mind, sir? This man is going to look at the clock,” she said, recovering from the momentary shock.

“Look at the clock?” he said, staring round in a drowsy manner, and then, getting more fully awake, “certainly.”

Mrs. Hall went away to get a lamp, and he rose and stretched himself. Then Mr. Teddy Henfrey, entering, was confronted by this bandaged person.

“Not at all,” said the stranger. “Though, I understand,” he said turning to Mrs. Hall, “that this room is really to be mine for my own private use.”

“Certainly,” said the stranger, “certainly-but, as a rule, I like to be alone and undisturbed. But I’m really glad to have the clock,” he said, seeing a certain hesitation in Mr. Henfrey’s manner. “Very glad.”

Mr. Henfrey had intended to apologise and withdraw, but this anticipation reassured him. The stranger turned round with his back to the fireplace and put his hands behind his back.

Mrs. Hall was about to leave the room, when her visitor asked her if she had made any arrangements about his boxes at Bramblehurst. She told him she had mentioned the matter to the postman, and that the carrier could bring them tomorrow.

“You are certain that is the earliest?” he said.

“I should explain,” he added, “what I was really too cold and fatigued to do it before, that I am an experimental investigator.”

“And my baggage contains apparatus and appliances.”

“And I’m very anxious to get on with my inquiries.”

“My reason for coming to Iping,” he proceeded, “was a desire for solitude. I do not wish to be disturbed in my work. In addition to my work, an accident-”

“I thought so,” said Mrs. Hall to herself.

“-necessitates a retirement. My eyes are sometimes so weak and painful that I have to shut myself up in the dark for hours. Lock myself up. Sometimes. Not at present, certainly. So the stranger in the room is a source of excruciating annoyance to me-these things should be understood.”

“I think, that is all,” said the stranger.

After Mrs. Hall had left the room, he remained standing in front of the fire, glaring at the clock-mending. Mr. 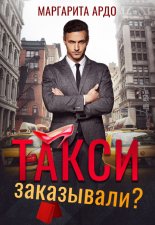 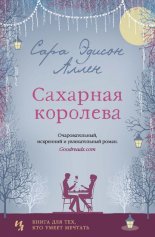 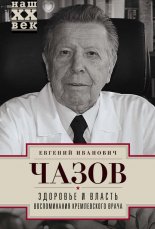 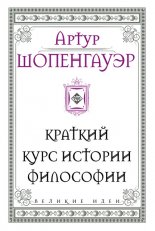