During nearly 50 years our family collected old Russian beadwork. After the collapse of the Soviet Union in 1991 we had the opportunity to correspond with foreigners and to visit foreign countries. For me the communication with colleagues about bead collecting seemed to be especially interesting. So in 2004 I came to the Annual Bead Fair of the Bead Society of Great Britain. There for the first time I made the acquaintance of the founders of BSGB: Stefany Tomalin and Carole Morris. Stefany was so kind as to invite me for a dinner (N1.1). She showed me her outstanding collection of beads and during our conversation she asked me what are typical Russian beads. This simple question surprised me, and on returning home, I started to look for a convincing answer.

After studying a lot of Russian portraits, I came to the conclusion that in the 18–19


centuries our women from a peasant to the Empress preferred pearl necklaces. The only difference between them was the size of the pearls: the elaborate netting of tiny river pearls or a magnificent necklace of enormous impeccable pearls (ill. 2, 3). The wide application of pearls in the folk costume was possible, because in the past pearls could be found in almost all rivers in the North of Russia.

The false pearls brought from Europe were also very common. There is a story of famous Russian writer N. Leskov “Pearl necklace” (1885). The plot of the story is that a rich merchant gave his daughter for her wedding, instead of dowry, a gorgeous pearl necklace. Everybody was delighted, but one of the women said that to give pearls is a bad omen. On the next morning the father came to the new married couple and told the husband that the pearls are false. The young man was absolutely not offended and only asked his father-in-law not to tell this to his daughter, because this might upset her. So the father understood that his son-in-law was not greedy and gave him a big dowry. This was a double-happy end, because the bad omen was connected only with real pearls.

There are many other stories about pearls in our literature, but from the view of a collector this direction of collecting is not especially important. Much more promising seems to be the attempt to clarify what jewelry was worn in Russia by ordinary women. It turns out that this branch of collecting is connected with serious difficulties, because usually inexpensive jewelry has no labels. Women don’t value it and often throw it out or remake according to changes of fashion. Therefore I paid special attention to the origin and integrity of the items. Moreover it was interesting to learn something about manufacturing techniques of jewelry.

Beside the methods of making false pearls, many recipes were developed to reproduce other precious and semi-precious stone beads (ill. 8-11). Even cameos were successfully made of glass (ill.17). In the second half of the 19


century the first synthetic materials which could be used in jewelry were developed. But the attitude of Russian society towards false jewelry before the Revolution (1917) was in the main very traditional. Noble women could wear only genuine stones and gold. Jewelry with glass was worn by lower classes or demimondaines. Nevertheless there were some exceptions. For example for young persons Venetian necklaces, micromosaic brooches or lava cameos brought as souvenirs from Italy, seemed to be quite popular (ill. 4, 6, 24, 24a). The jewelry made of jet or black glass was also very widespread (N1.12). In Russia, as everywhere in Victorian epoch, it was a sign of mourning. From the Caucasian resorts ladies brought silver pendants, bracelets and thimbles often with the inscription “Кавказъ”. Other Russian centers of cheap jewelry were situated in Krasnoje Selo on the Volga, Ribnaja Sloboda near Kazan, village Kostino near Dmitrov, and the countryside of Kholmogori in the Archangelskaja province.

At the end of the 1870s the so called Russian style became very fashionable. In the summer girls paraded in embroidered blouses and aprons with many varieties of necklaces (ill. 27, 27b). Among them could be beads similar to those worn by Russian peasants (ill. 28, 28a). Such jewelry made of the smallest beads could also be worn by the fashionable ladies in the city (ill. 28b).

In the early 20th century the new fashion style “art nouveau” appeared. Ladies abandoned corsets and put on the fashions of Paul Poiret and the jewelry of Rene Lalique. There is a story “ The Demonic Woman” by a famous writer of the time Nadezhda Teffi, who was extremely witty. It described an exotic lady, who “allows herself to wear a belt only on the head, an earring on her forehead or on her neck, a ring on the thumb, the watch on her leg”. The caricature of a fashionable woman published in St Petersburg in 1912 seemed to be an illustration of this story (ill. 40).

Of course “demonic women” were very few, but ordinary ladies began to wear much more jewelry than in the 19


century and sometimes they were rather unusual (N1.41, 42). Furthermore, customs became more and more democratic, and even quite respectable ladies could afford to wear some trendy jewelry, made of inexpensive materials.

After 3 years of WWI October 25,1917 the so called Great October Socialist Revolution took place. Bolsheviks seized power and the old system was quickly done away with. “Demonic” women, noble ladies together with wives of rich businessmen disappeared. Sixty years old baroness M. Wrangell ran to work in leaky boots, tied with string, the sister of His Serene Highness Prince Menshikov was selling soap on the market, and the widow of General Svinyin embroidered children’s dresses. Everywhere there were searches and arrests. Workers, soldiers and sailors became masters, and they just took away any precious things that they found in wealthy homes (ill. 44).

But the expropriation of private property was not the final goal of new government. They wanted to create a totally new human race, which will build the new socialist society. Evidently a new woman had absolutely no need of any jewelry (ill. 53). Women who despite everything put on some jewelry, were cruelly derided. For example, in the magazine “Working Woman” (1923) a story was published about a worker and his wife, who bought at first earrings and afterwards icons. The husband condemned her for backwardness and burned the earrings together with icons. Then the wife repented and went to study at the technical school.

Nevertheless this propaganda was in vain. Women wanted to be beautiful in spite of everything. The few remaining magazines published the latest fashions, and co-operative associations of artisans tried to make modern jewelry. The most popular were of course pearls (N1.45, 45a). Women of fashion wore also very long beads of bone, glass or plastic (ill. 47, 48, 50, 51). Some wove themselves dog collars of “rocailles” or seed beads, which were very fashionable at this time (ill. 46). In the photos 50, 51 the women wore necklaces together with cameos (probably of plastic). One of them depicting Worker and Peasant could serve as a symbol of Soviet jewelry of the 1920s (ill. 52).

Some of the “former” ladies managed to save the long amber necklaces that had been highly fashionable before the Revolution (ill. 54, 56, 56a). On the photo 54 are my grand-parents with my father.

In the mid-1920s a new style became fashionable known as “art deco” so-called from the name of the Paris exhibition of applied art (Arts Decoratifs) and modern industry (1925). In the Soviet pavilion at this exhibition the dresses developed by the outstanding fashion designer Nadezhda Lamanova in cooperation with the famous sculptor Vera Mukhina were presented. Because of the lack of textiles in the Soviet country they were made of folk embroidered towels, and decorated with beads made of cockleshells, stones or bread (ill. 57). These models received the Grand Prix “for the costume based on national art”. At that time the painter Tagrina was active, who made interesting brooches with painted enamel (ill. 58).

Despite the efforts of some well-known artists, the attitude of the authorities towards jewelry didn’t change. The level of their negativism could be measured, in particular, by the caricatures in very wide-spread satirical magazine “Crocodile”. For example, in № 9 (1932) one could see a disgusting woman playing cards, which wore two strings of beads, a ring and long earrings, what was to emphasize her hostile class essence (ill. 59).

All appeals of official publications to create a new Soviet fashion and to refuse jewelry didn’t take any effect. Women made every effort to look fashionable. In particular, the subject of their cherished dreams was jewelry in Art Deco style (ill. 60). These dreams sometimes could come true thanks to the small cooperative associations of artisans. In the photo 62 we see a group of vacationers in the resort Yessentuki (1934). 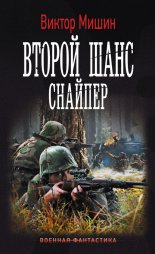 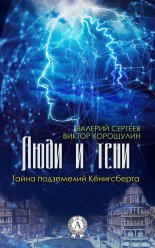 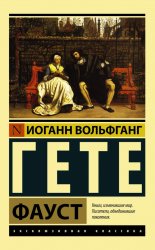 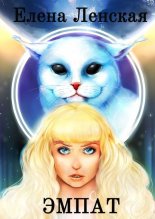 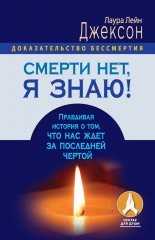