Sensei of Shambala
The ‘Sensei of Shambala’ is a powerful and positive book. After you read it you may feel an unusual inspiration and good spirits. And what is more striking, it is universal and actual for every age in the full sense of the word! Everybody finds his answers for innermost and personal questions. This book reveals a unique world view and contains valuable knowledge. It awakens huge spiritual forces in human souls and helps to resist atrocity and injustice of this world. This book fills a human life with inmost sense and changes the destiny for better.

‘Sensei of Shambala’ by Anastasia Novykh, Book I


At first glance, the story of a Youth meeting Wisdom seems naive. But this ordinary perception is just an illusionary barrier, a skillful trap set up by our ego on the path to the perfect Spirit. The one who will overcome it will discover more for himself than he would dare to hope for. Hail to the winner because Knowledge will be his prize, because truth will be unveiled.

This book was written based on the personal diary of a former high school senior girl reflecting events of the years 1990—1991.

The books of Anastasia Novykh are phenomenous for the fact that every person sees as if in the mirror something of his or her own, purely personal. This book discloses the inner world of a sixteen-year-old girl, who suddenly encounters death face to face. This pushes her to reconsideration of her own life and search of answers to the everlasting questions: “What are we living for? What is the sense of life? Who am I really? Why are most of people on earth – believers? For if they believe, they must be hoping for something. What is the path by which the great achieve their inner immortality? What is hidden beyond comprehension of the Human essence?”

Ungovernable energy of inner exploration leads her to meeting with a most erudite man, a martial-arts master and a very enigmatic Person, Sensei. Unordinary soul-staggering world-view of Sensei, his fascinating philosophy and knowledge of the world and of humans, dynamic martial-arts, worldly wisdom, alternative medicine, ancient spiritual practices (including effective techniques for tackling negative thoughts), human abilities phenomena. This and much more does the heroine learn, having touched upon the world of Sensei. But most importantly, she finds answers to her principal inner questions and learns from the personal experience that peoples are granted the most powerful creative force from above – the power of belief and love.


The silent, warm summer night has long entered its sovereign rights, relieving the bustling day with all its important and troublesome running about. Its deep, dark veil was calming and sweetly lulling all living beings, slowly submerging them into a deep sleep. This charm didn’t affect only hearts in love, for whom eternity seemed to pass in one instant. On the sea shore, in an uninhabited place, a lonely fire crackled, casting mysterious shadows. A formless creature sat alone in front of it. Its only witness was an infinite universe, brightly illuminated by starlit worlds, and the moon, inviting eternity with its silvery sparkling path on the water surface. All around was such a stillness that even the sea couldn’t dare to disturb it with the soft noise of its waves. Time seemed to have stopped, losing all its meaning. It was the moment of eternity.

The creature started to move, making strange sounds, and slowly divided itself into two stirring parts. Human speech could be heard in the air, “God, how good can it be sometimes in this sinful world.”

“Honestly, I don’t even want to leave.”

“That’s what I’m telling you.”

The fire was blazing brightly, jealously trying to win back a piece of space from the night. Its luminous glares with variable success were first swollen by the darkness and then fearlessly running far ahead, illuminating nature with its natural tones.

“So, what will your decision be, Rigden?”

“My conclusions are, of course, sad. But I think it is still worthwhile to wait a little for a final decision… I suppose it’s worthwhile to remain here for some time.”

“It’s not all that bad. If you decide to stay, give them another chance and let me…”

Suddenly, from nowhere, a light breeze flew over the sea, breathing life into the moon lit path, which charmingly sparkled with its silver hues, alluring leading into a hazy distance. It was as if nature was teasing the creature, embracing it on the one hand with its eternity and on the other with its natural earthly beauty. Apparently, some innermost mystery, known only to it, was hidden in this delicate gust.


It’s not a secret that destiny guides a man by a complex journey of the finest interrelations, natural phenomena, and intricately bound paths of occurrences and coincidences. At the very end it leads to a concrete event, a final crossroads of the life’s path. And here a human dares to hope that he will get a chance to choose. But the same implacable power of destiny, through a net of logically bound circumstances, unnoticeably helps him to make his choice. Because a chain of events, by its plan, inevitably should draw together people who don’t know each other yet and who, living in their own small world, don’t even realize it at the moment. But this acquaintance will make them work together, mutually seeking the same goal, generating a great number of key events in the lives of other people.

I shared the same fare. I was born in a remote Russian village. My parents were in the military, fulfilling their duty in an honest and fair way. And their command, in the same honest and fair way, was sending us into different parts of our boundless motherland – the Soviet Union. That’s how our family got to Ukraine, to “the country of blooming chestnuts,” where we settled down in a rose-scented miner’s land.

I should say that I’m quite an outgoing person with various interests. It was never a problem for me to find a common language with new people. That’s why I quickly joined a group of like-minded people in my new home. Together we had different hobbies, including ballroom dancing and going to the cinema, cafes, and the theater. In general, as they say, my life took its normal course.

Everything was nice… up to a certain moment. Destiny has its own plans. Unexpectedly for my relatives and moreover for me, at the very peak of my youth, it threw me into such an arduous trial that I almost died in it because of complete hopelessness and animalistic fear of death.


At the beginning of the last school year, I started to have headaches that were strong and chronic. My parents took me for a checkup. Doctors discussed the results mostly alone with them, which disturbed me a lot. It gave rise to shady concerns that one after another started to torment my soul. This complete uncertainty was the worst thing of all.

And all those circumstances were terribly scary up to a certain point, when I overheard by chance my mother’s conversation with a doctor:

“…But there should be some way out, shouldn’t there be?”

“Of course, a way out can always be found. You see, this small tumor can grow progressively larger over time, and that’s very dangerous. It is best to perform an operation now before it’s too late… Besides, in Moscow, there is a very good clinic that specializes in these kinds of problems with skilled specialists. The only problem is that it’s hard to get there. The waiting list is scheduled for years ahead. But the girl needs it, as you understand, as fast as possible. Otherwise… it’s hard to predict the development of this disease, especially if it’s a brain tumor. So me times one can live a year, and sometimes even longer… In any case, you shouldn’t lose hope. Maybe you have connections that will let you get there…”

I wasn’t listening to the rest of the conversation. Only one phrase was pulsating in my he ad: “One year… and the end!” Emptiness and hopelessness gripped my soul. Noisy hospital fuss was gradually fading out, giving way to a rising whirl of thoughts: “I will die in the prime of my life! But I haven’t even started to live… Why me? What have I done to deserve this?!” It was a scream of despair. Tears streamed down my cheeks. It became unbearably stuffy in the hospital crypt, and I ran to the exit. The doc tor’s voice was ringing in my ears like a threatening echo: “One year! One year… One!”

Fresh air hit me in the face with its dizzy aroma. Little by little I came to my senses and looked around. After the rain, trees stood as if in a fairy tale, with brilliantly sparkling pendants. Purity and renewal was shining all around. Warmth, coming from the ground, was covering the asphalt with a light haze, creating an unreal impression of what was happening. God, how wonderful everything was! This beauty of nature that I had never noticed before now gained some new meaning, a new charm of its own. All small problems that had brought me so many worries every day now seemed to be so trivial and stupid. With bitterness and anguish, I looked at the bright sun, fresh green grass, cheerful bird flitting, and thought: “How foolishly I have spent my life. It’s a pity that I didn’t have time to do something really worthwhile!” All previous resentments, gossip, vanity – all lost its meaning. Now all those around me were lucky people, and I was a prisoner in a death castle.

For some time I was terribly depressed. I lost interest in school, everyday life, all of my previous hobbies. I was avoiding my parents, locking my bedroom door, and indifferently turning pages of books and magazines. I really wanted to cry to somebody, to tell someone how much I was afraid of dying before I had started to live. My closest friend was, of course, my mother. But how can a mother’s heart endure such a soul-screaming confession from her child? One day, sitting at the table, alone with my heavy thoughts, I took up a pen and described all my feelings on a piece of notebook paper. I felt a lot better. Then I started a diary. Later on it became my best “friend” that patiently endured all my thoughts about my non-ordinary destiny.

The only thing that somehow distracted me from my gloomy thoughts was communication with my friends. Of course, I didn’t tell them anything about my disease. I just didn’t want to see them, like my parents, with mournful eyes and faces full of condolence. That would have killed me once and for all. Their funny chatter amused me, they discussed problems that seemed complete nonsense. Now I looked at everything in the light of some different vision, jealous of any human who should leave this mysterious, still unknown world in his heyday. Something in me had definitely changed and broken down.


When friends finally managed to drag me out to the cinema from my voluntary home imprisonment, I was surprised to find that I started to perceive even movies completely differently. It was a time when martial arts just started to come into fashion. In newly opened cafes, they showed the most popular martial arts hits for a ruble or three. The athleticism of the athletes, unusual cases of their self-recovery, their will, and their spirit power intrigued me. I knew that it was all the play of actors. However, I couldn’t stop thinking that many scenes were based on real phenomenal facts from the history of mankind. 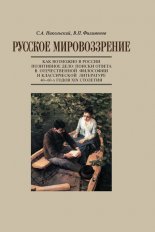 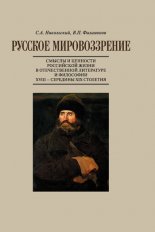 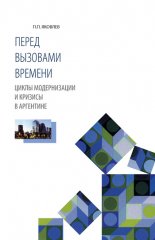 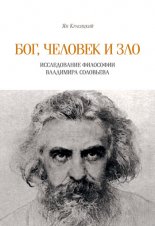 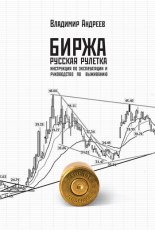 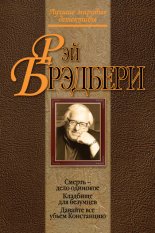