In a hole in the ground there lived a hobbit. Not a dirty, wet hole, filled with the ends of worms and a bad smell, nor yet a dry, sandy hole with nothing in it: it was a hobbit-hole, and that means comfort.

It had a round door like a porthole, painted green with a shiny yellow brass knob in the middle. Behind the door there was a hall like a tunnel: a very comfortable tunnel without smoke. On the floor there were carpets and chairs, and on the walls there were lots of pegs for hats and coats – the hobbit liked visitors. The tunnel wound on and on, going into the side of the hill – The Hill, as all the people for many miles round called it – and many little round doors opened out of it, first on one side and then on another. Bedrooms, bathrooms, cellars, pantries, wardrobes, kitchens, dining-rooms, all were on the same floor. The best rooms were all on the left-hand side, because only they had windows, round windows looking over his garden and meadows, going down to the river.

This hobbit was a very rich hobbit, and his name was Baggins. The Bagginses had lived in the neighbourhood of The Hill for a long time, and people considered them very respectable, not only because most of them were rich, but also because they never had any adventures or did anything unexpected. This is a story of how a Baggins[1 - один из Бэггинсов] had an adventure, and did completely unexpected things. Maybe, as a result, he lost the neighbours’ respect, but he gained – well, you will see whether he gained anything in the end.[2 - приобрёл ли он что-нибудь в конце концов]

The mother of our hobbit… what is a hobbit? I suppose hobbits need some description nowadays, because they have become rare and shy of the Big People, as they call us. They are (or were) a little people, about half our height, and smaller than the Dwarves. Hobbits have no beards. There is little or no magic about them, but they can disappear quietly and quickly when the Big People come along, making a noise like elephants. They are often fat in the stomach; they dress in bright colours (especially green and yellow); wear no shoes, because the soles of their feet are leathery and covered with thick warm hair. They have brown curly hair on their heads, long brown fingers and friendly faces. Hobbits laugh deep fruity laughs[3 - смеются глубоким звучным смехом] (especially after dinner, which they have twice a day). Now you know enough. As I was saying, the mother of this hobbit – of Bilbo Baggins – was Belladonna Took, one of the three daughters of the Old Took, head of the hobbits who lived across The Water, the small river that ran at the foot[4 - у подножия] of The Hill. They said that long ago one of the Tooks had a fairy wife. That was, of course, absurd, but certainly there was something strange about them, – and sometimes members of the Took-clan went away and had adventures.

Mr Bungo Baggins, Bilbo’s father, built a luxurious hobbit-hole for his wife (and partly with her money), and there they remained to the end of their days. Still it is probable that Bilbo, their only son, although he looked and behaved exactly like his father, got something a bit queer from the Tooks, something that only waited for a chance to come out. The chance never arrived, until Bilbo Baggins was grown up, about fifty years old.

One morning, when Bilbo Baggins was standing at his door after breakfast smoking a long wooden pipe, Gandalf came by. Gandalf! He had been away over The Hill on his own business since the Old Took died.

So that morning Bilbo saw an old man with a stick. He had a tall pointed blue hat, a long grey cloak, a silver scarf over which a white beard hung down below his waist, and huge black boots. “Good morning!” said Bilbo. The morning was really good: the sun was shining, and the grass was very green. But Gandalf looked at him from under long bushy eyebrows. “What do you mean?” he said. “Do you wish me a good morning, or mean that it is a good morning whether I want it or not; or that you feel good this morning?”

“All of them at once,” said Bilbo. “And that’s also a very fine morning for a pipe of tobacco out of doors. If you have a pipe, sit down and let’s smoke!” Then Bilbo sat down on a seat by his door, crossed his legs, and blew out a beautiful grey ring of smoke that floated away over The Hill.

“Very pretty!” said Gandalf. “But I have no time to blow smoke-rings this morning. I am looking for a companion in an adventure that I am arranging, and it’s very difficult to find anyone.”

“Of course – in these parts! We are plain quiet folk and don’t like adventures. I can’t think what anybody sees in them,” said our Mr Baggins. Then he took out his morning letters, and began to read. He wanted Gandalf to go away. But the old man did not move. He stood leaning on his stick and gazing at the hobbit without saying anything, till Bilbo got quite uncomfortable and even a little angry.

“Good morning!” he said at last. “We don’t want any adventures here, thank you!” By this he meant that the conversation was at an end.

“Now you say ‘Good morning’ and mean that you want to get rid of me,” said Gandalf.

“Yes, yes, my dear sir – and I know your name, Mr Bilbo Baggins. And you really know my name. I am Gandalf!”

“Gandalf, Gandalf! You are the wandering wizard that gave Old Took a pair of magic diamond studs! You are the fellow who used to tell wonderful tales at parties, about dragons and goblins and giants and the rescue of princesses! You are the man that used to make fantastic fireworks! I remember those! Splendid! You were responsible for so many quiet young hobbits that went off for mad adventures! I beg your pardon,[5 - прошу прощения] I had no idea that you were still in business.”

“Where else should I be?” said the wizard. “But I am pleased that you remember something about me. So I will give you what you asked for.”

“I beg your pardon, I haven’t asked for anything!”

“Yes, you have! Twice now. My pardon. I give it you. In fact I will even send you on this adventure. It will be very amusing for me and very good for you too.”

“Sorry! I don’t want any adventures, thank you. Not today. But please come to tea – any time you like! Why not tomorrow? Come tomorrow! Good-bye!”

With that the hobbit turned and ran inside his round green door.

“Why did I ask him to tea?” he said to himself, as he went to the pantry. He had only just had breakfast, but he thought a cake or two and a drink of something would do him good[6 - пойдут ему на пользу] after his fright.

Gandalf was still standing outside the door, and laughing long but quietly. Then he scratched a queer sign on the hobbit’s beautiful green front-door and went away.

The next day Bilbo almost forgot about Gandalf, but just before tea-time, when a tremendous ring on the front-door bell came, he remembered! He rushed and put on the kettle, and put out another cup and saucer and an extra cake or two, and ran to the door. “I am so sorry to keep you waiting!” he was going to say, when he saw that it was not Gandalf at all. It was a dwarf with a blue beard tucked into a golden belt, and very bright eyes under his dark-green hood. As soon as the door was opened, he pushed inside, hung his hooded cloak on the nearest peg, and “Dwalin at your service!”[7 - Двалин, к Вашим услугам!] he said with a low bow.

“Bilbo Baggins at yours!” answered the hobbit, and added: “I am going to take tea; please come and have some with me.”

Very soon there came another ring at the bell. “Excuse me!” said the hobbit, and went off to the door. “So you are here at last!” he was going to say to Gandalf this time. But it was not Gandalf. Instead there was a very old dwarf with a white beard and a scarlet hood; and he too hopped inside as soon as the door was open. He hung his red hood next to Dwalin’s green one, and “Balin at your service!” he said.

“Thank you!” said Bilbo in surprise. He liked visitors, but he liked to know them before they arrived, and he preferred to invite them himself.

“Come in and have some tea!” he said after taking a deep breath.

“I would prefer a little mug of beer, if it is possible, my good sir,” said Balin. “But I don’t mind some seed-cake,[8 - Но я не против и кекса с изюмом] if you have any.”

“Lots!” Bilbo answered, to his own surprise; and he ran to the cellar to fill a pint beer-mug, and to the pantry to fetch two beautiful round seed-cakes which he had baked that afternoon.

When he got back, Balin and Dwalin were talking at the table like old friends (in fact, they were brothers). Bilbo put the beer and the cakes in front of them, when a loud ring came at the bell again, and then another ring.

“I am sure, this time it’s Gandalf,” he thought. But it was not. It was two more dwarves, both with blue hoods, silver belts, and yellow beards; and each of them carried a bag of tools and a spade. They hopped in, as soon as the door began to open – Bilbo was not surprised at all.

“Kili at your service!” said the one. “And Fili!” added the other; and they both took off their blue hoods and bowed.

So the four dwarves sat around the table and talked about mines and gold and troubles with the goblins and the dragons, and lots of other things, but then the bell rang again. “Someone is at the door!” Bilbo said, blinking.

Then the bell rang again louder than ever, and he had to run to the door. There were FIVE dwarves. Dori, Nori, Ori, Oin, and Gloin were their names; and very soon two purple hoods, a grey hood, a brown hood, and a white hood were hanging on the pegs, and the dwarves joined the others. Some of them called for ale, and one for coffee, and all of them for cakes; so the hobbit was very busy for a while. 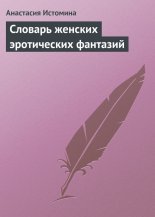 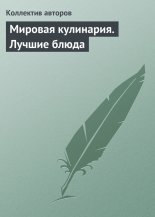 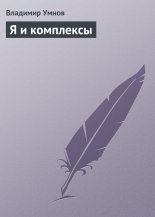 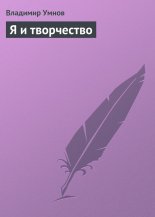 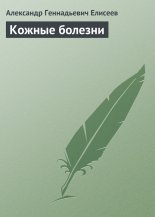