Creatures of the night - Koshkina Viktoria

Creatures of the night
Viktoria Koshkina


At first sight, a usual family consisting of two vampires. Brother and sister love each other very much, try not to leave for a long time and avoid society of other vampires. But quiet, imperceptible life suddenly comes to an end. The former friends and enemies unexpectedly remind the existence of the released family. Besides, the main character makes such acts which attract a lot of problems. The history of two vampires begins with one of them.

Creatures of the night


The street is empty. Doesn’t catch sight the uniform passerby. A solid hour I stick out here, and by didn’t run even a dog. In any case the dog, in general isn’t present anybody. Where all got to? As though feel, skunks… Alone, seemingly, it is necessary to stay here till the morning.

I got the mobile phone from a pocket to look what time is it now. I was distracted by a door scratch round the corner. It has to be, someone left bar.

The mad smile “was involuntarily drawn” on my face. For pleasure I forgot about the purpose with which I hold in cellphone therefore I pushed it back, from where got as by inertia, without having looked and at the screen. For excitement on a body the small spasm ran. Anticipating the forthcoming meal, I tried to get on feet, leaning a back about a cold wall, but force of gravity created the artful mission, and tumbled down my body back. But not the mother Earth, with the right magnetism is guilty of it, my amplifying weakness exactly with the same speed with what my infernal hunger grows is guilty. It is necessary to reconcile to will of the nature temporarily. The main thing not to miss the present sent to me from the generous Universe which spared on me and presented the opportunity at last to have dinner this evening.

I craned my neck to glance for turn. From an open door of bar seemed the unfamiliar type outside. The man passed forward two steps and stopped. At first his look of some moment stiffened on a brick wall of the building opposite. Then he hung the head and along with it dipped a hand into a pocket. From it he took out some subject inaccessible to my eye. Without taking away a palm from a pocket, he began to look at “treasure” from the hiding place. Having tracked it, I again disappeared, the nape drove into the corner and deeply sighed.

“What does he examine it there?” – I thought. It became me sensitive curiously: what an unusual feature pulled out the stranger from reality and in this connection, he so continuously admires it as if he was zombie.

Having waited some insignificant half-minute, I again leaned out. The stranger whom I can tenderly call the victim, faced in my party. There was a question before me – if he saw me or not?! It seems no, though it seemed to me that the man looks at me. He would know as long I waited for his emergence, calculated in tortures of minute. Though, I had no objection for any beauty. But now “my majesty” not in that situation to choose.

Meanwhile that I stay here, the man replaced a number of actions. The subject “removed” back to a pocket, and he a slowly approaches to my party. Smells of alcohol and tobacco reached my nose, and knock of his heart with each fraction of a second increases loudness. Tuk-tuk-tuk… I feel sick when I think of that heart will cease to pulse soon. Damn, I already started going crazy from a lack of blood in my organism.

Having aloud counted to five, I repeated a former trick, and again risked to put myself on feet. It I work well, admit to me – not without effort, but nevertheless, I am glad! Only the head is turned and there is a wish to sleep.

Got a hold of myself, I threw with a hood of a sports sleeveless jacket which on me is put on the head, and “fluttered out” from the shelter. So it turned out that my face closed a half (a forehead and eyes) from what increased my self-confidence. I do not have to count on effective emergence. Besides I just noticed that I am lame in the left leg. My shape is far from frightening, but is very close to the pathetic. Here to you – “Mr.” vampire.

I passed slightly, and made a pause. I raised a hood edge to look at the person. Having noticed my shadow, he got up as driven and inspected my person from feet to the head. At first, the look of this man seemed neutral, indifferent, to some extent even surprised. But the trifle, I strained when in his opinion there was a certain rage, contempt. He made the spittle which came to be under my feet then surely he walked further.

When the stranger passed by, my fingers grasped his sleeve. He nearly faltered, and, having paid attention to the long fingers of my hand which were persistently holding a piece of his clothes from all force pulled a shoulder. So he turned out to be exempted from my grasp.

– Go away, moron – furiously screamed the man correcting his sleeve.

Strange, however, his attitude to the people around. Or he so exactly breathes only to me. Look of me of course not “great”, but it is not an occasion to be insulted. Now I know as I look precisely: very thin, with black circles under eyes, with literally gray skin, and the prominent reliefs of bones under it. How am I to you? I always look like this when I’m madly hungry. But people often think that I am a drug addict, and don’t live more long than hour, after meeting me.

I dropped tired eyes on asphalt; in the depth of myself boiling from desire, from passion, from that already I represent a sweet scene of murder. Meanwhile the man gave a whistle and continued his way.

I turned back, observing how fast my new acquaintance moves away. it is not late to catch the haughty asshole. On pleasure I am able to run very quickly.

Once I appeared before the man’s nose – he was dumbfounded.

– I play with you a game of tag; – I tried to joke and was right there twisted: in a breast pinned up, and shook me a little.

I opened eyes and… as though I saw other person. It is the same type, only at lantern light which we at last received, he looks differently. The person of fifty-year age, with half the turned gray locks of hair on the head, and an unshaven bristle on a chin. Creepy pale blue eyes are more accurately visible which seemed harmless before. Dressed in that, brown jacket, under it the blue undershirt decorated with a couple of tasty spots, standing trenik with the stretched knees, below to surprise, decent, leather boots. The man itself is thin, lower me on ten centimeters. Entirely reminds me the old man beaten by life from the fairy tales of Pushkin.

– Now you’ll know, – I stretched by the shivering voice.

Inside me as though the driving mechanism had broken. Broke bones, and on a body ran the painful wave, to Goosebumps. I put a palm on a shoulder of the man and became dejected. Looking at asphalt, I failed on all fours, one hand leaning, another holding a breast.

– Somewhat quicker to finish you, – I squeezed from myself out.

– What do you mutter there? – the man inquired, feeling the superiority.

With effort I rose to the feet and straightened shoulders. To me it is terribly sick, but I will try to cope with this test.

– You are the talented clown, – he grinned, – go, amuse your girlfriend, and leave me alone.

The new acquaintance watches me, expecting my next failure. No, it is already enough for me! I sent a hood and showed my face to the victim. The man became serious and began to look to me in the face, as hypnotized. Using it, I reduced distance between us and approached him closer.

– Now you will become nothing, – I stretched half-whisper and smiled.

After the stated phrase he was going to leave, but was late. I took the man for shoulders and turned back to myself, then, clasped a hand at his neck and pressed to myself. That began to escape, being afraid that I will begin to smother, but doesn’t leave, after all he is not stronger one from us obviously. Having taken him in humiliating situation, I threw away with a force the man to dustbins. He fell, having hit the head.

And what I will do next? I will finish him.

– I admit, to be killed by psychopath – is disgusting.

The man grinned and began to fix the eyes on me. I came nearer to it and sat down on hunkers nearby.

– Come on, do it, – unexpectedly with a challenge uttered type.

– Well, if you insist, – with affectedness I said and came nearer a mouth in his neck, holding him with a hand.

My fingers experienced warmly human skin, from it hunger became stronger. One movement I nailed down and also suspended the man to a wall that it was more convenient to gnaw through a neck.

– You don’t want to tell the last word? – with a jeer I took an interest.

Right there I remembered something and I got into a pocket of the victim. Having in the very bottom groped something cold, I pulled out it from a jacket.

– It isn’t necessary for you, – choking with shortage of air the man spoke.

I squeezed fingers even more strongly, having made him worse, at the same time pushing a thing in the pocket.

I was surprised by words of the man hanging by a thread from death. Others with whom I happened to get acquainted, begged to release them, and this… But what he wouldn’t mean, I won’t stop for anything.

On palm inside skin is thinner therefore is more sensitive. The vampire instinct already works, and I feel how on veins of this person blood streams run. They issue the unique symphony of sounds. My look concentrated on a carotid.

I distracted and looked into his eyes. I suddenly wanted to hurt the man very much. Therefore, I weakened a hand, then sharply squeezed and with a force pushed it a nape in a wall. He quietly screamed from pain, having hurt the head. I felt a blood smell, and to me bothered to wait. A thumb I accurately unbent the head of the person and bent closer to inhale a smell of his skin. “Aroma”, of course, doesn’t add appetite, but I am not choosy. Without thinking twice I seized a neck of the victim, and I began to extend greedily from the man blood. Oh, long-awaited this moment was what couple of minutes ago. I with greed and diligence began to swallow of the liquid coming to a mouth. The uncle didn’t even try to shout.

Having drunk over three liters of blood, I released a hand, and wiped it the soiled chin. The body of my “supporter” failed on asphalt. If I leave it here so, in a day he already will catch any poor fellow. In order to not allow it, I scraged the dead man. Here is the best of all, now he won’t get up.

I rubbed palms and looked at a dead body. 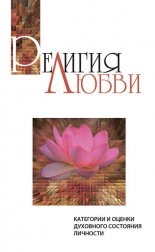 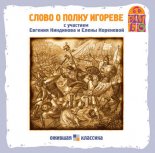 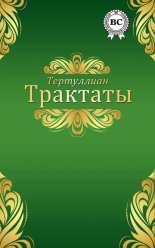 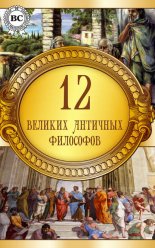 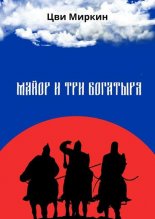 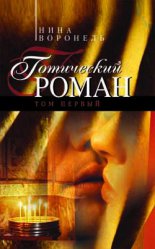